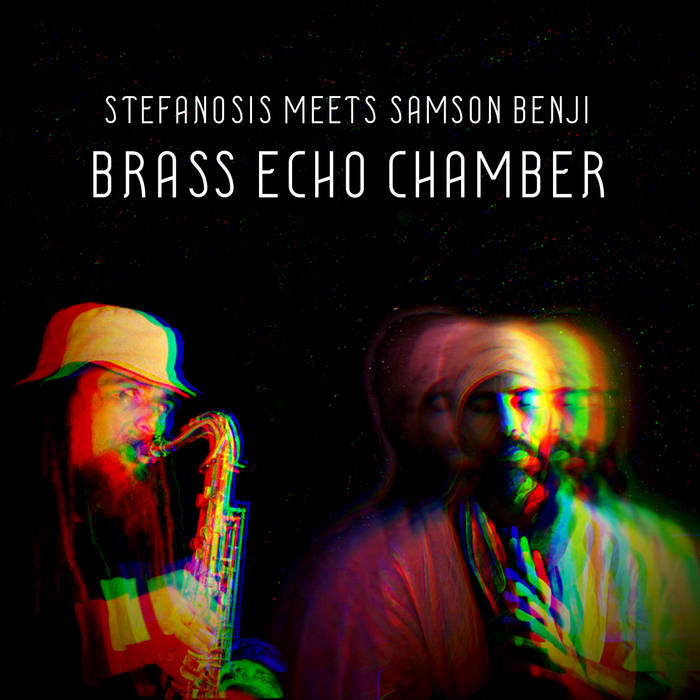 AVAILABLE THROUGH ALL MAJOR ONLINE STORES AND STREAMING PLATFORMS => smarturl.it/h2qi30

This album - Brass Echo Chamber - was originally released in the early 2000's through the now defunct Springline Records label. Sadly, the online release never took off and did not received the popularity it deserved. Like a fading star, it was eventually taken offline and forgotten in the vaults.

The man behind the instruments was Stefanosis from Los Angeles, known as Steve Steppa back then. The concept was quite simple: create an album influenced by the 1970's reggae-dub era with a saxophone as the lead instrument. The man behind the brass was the German born saxophonist Ras Samson aka Samson Benji, who was given the dubplates and added his horns like the “icing” on a “well baked cake”.

The original, low-fi production was recorded using a vintage, analog synth, drum-machine and electric bass and guitars masterfully played by Stefanosis. After saxophone parts were recorded long distance in Europe, Gibsy Rhodes from Corsica, the man behind Springline Records, put the whole package together with some added effects, samples and rough mastering.

Fast forward in year 2020, the original files were discovered years later on a disc. Admiring the whole concept and the irie hooks of Samson's soulful saxophone. Stefanosis took the files and boosted some audio levels, utilizing modern technology. The songs have been re-mastered and allowed to shine brighter this time. Twenty years after the original release, the Brass Echo Chamber lives again, polished and resonating pure, reggae dubplate vibes.

Featuring Oakland sounds from the Smart Bomb collective and Samplelov.